Comments Off on Demag cranes bring Aqua Helix to water

A bright blue sky, and turquoise water meant that the conditions were perfect for lifting the 70-meter-long “Aqua Helix”, which was scheduled for its first-ever launch that day.

Before this, however, the crew boat for industrial maritime projects with space for up to 122 people first had to be taken out of the hangar where it had been built. Two 12-axle self-propelled modular transporters were in charge of this task and brought the 410-tonne ship directly to the quay wall, where the two Demag® CC 2800-1 lattice boom crawler cranes were already waiting. The cranes had been previously transported to the shipyard premises with around 55 trucks and had then been set up.

“With their lifting capacity, the two Demag CC 2800-1 cranes were perfect for this lift,” says Hareket Crane Manager İbrahim Menzil while explaining why his company decided on these specific Demag units for the lift. The two cranes were set up with a Superlift configuration. Crane 1 with a 48-meter main boom and 150 tonnes of Superlift counterweight; crane 2 with a 48-meter main boom as well, but with 250 tonnes of Superlift counterweight. With these configurations, the two crawler cranes were perfectly prepared to lift the Aqua Helix’s sensitive aluminum hull in tandem to a height of 8 meters and a hook height of 30 meters, after which they traveled forward 20 meters under load before gently letting the ship down into the water.

“The lift with the two Demag CC 2800-1 cranes went perfectly smoothly just as expected, so we were able to finish the job on time and as agreed,” Crane Manager İbrahim Menzil happily summarizes. The Aqua Helix then took off towards the Netherlands, where it will be getting its gangway, after which it will need to prove its seaworthiness during a series of tests in the North Sea. 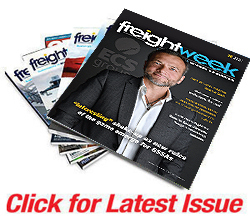 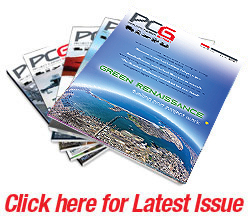